A National School was built in 1845 for 55 children, supported by voluntary subscription. The school was later a Church of England School.

There are a few documents available at the Huntingdon Records Office, which comprise of a Log Book running from June 1 1915 to October 24 1945.

The school was 36 ft long, 17 ft wide; the walls were 9 ft high with an extra 2 ft at the gable end. There was accommodation for 61children but reduced to 50 in 1934. The school was lit by oil lamps and heated by one open fire and a stove. The toilets were outside with 1 pail for the boys and 2 for the girls. The playground was 5,200 square feet of tarmac or 0.15 of an acre. 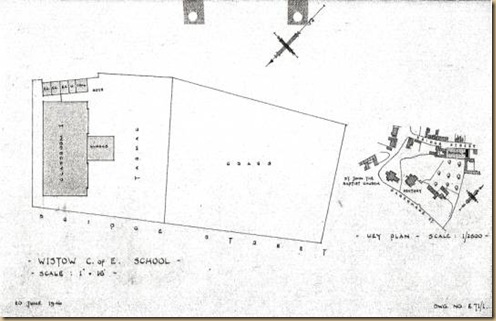