The Cromwell Connection to Wistow actually begins after the period we now call The Dissolution of the Monasteries in 1536 when Henry VIII dismantled the monasteries and other religious houses, appropriated their income and gave away their lands and assets.

This article will look back to a slightly earlier time to explain the steady development of the Cromwell family connection to Wistow taking each generation at a time.

We start with Walter Cromwell a.k.a. Walter Smyth (c. 1463–1510), variously described as a cloth worker, a smith and an alehouse keeper, who appears to have been a bit of an unsavoury character. Walter had a son, Thomas, and two daughters, Katherine and Elizabeth.

Thomas Cromwell was born c. 1485 in Putney and married Elizabeth (Liz) Wykys in 1513. They had a son, Gregory, and two daughters, Anne and Grace. Sadly in 1527 Liz and her young daughters all died from the sweating sickness. Gregory Cromwell, 1st Baron Cromwell, married Elizabeth Seymour, who was Queen Jane Seymour’s sister. Jane Seymour was Henry VIII’s third wife and mother to Edward VI.

Thomas Cromwell was a lawyer by profession and the founder of the family’s fortunes. He became chief minister to Henry VIII from 1532 to 1540 and was raised to the peerage as the first Earl of Essex. He fell from favour after arranging the King’s disastrous marriage to Anne of Cleves and was executed on 28th July 1540.

(The Sweating Sickness was a serious illness which appeared first in England then spread into Europe at different intervals during Tudor times. It claimed many lives during a series of epidemics between 1485 and 1551. The onset of symptoms was dramatic and sudden, with death often occurring within hours. It is not known exactly what caused it or even what it was because it disappeared entirely after 1578).

Bet (Elizabeth) married a Mr Wellyfed (what a fantastic name).

In 1497 Thomas’ older sister Kat (Katherine or Catherine) married Morgan ap Williams, a Welshman and distant relation to Henry Tudor (VII). They had three sons, two of which were named Richard and a third son called Walter, who married his cousin Alice Wellyfed. They had three children and Walter died in 1544.

One of the Richard Williams’ married, had a child named Henry and died in 1588.

The elder Richard was taken in by Thomas Cromwell when both his parents died very close to each other. Richard then took the name Cromwell in honour of his uncle and it is through this Richard that the Cromwell connection to Wistow is first established.

(Hilary Mantel in her novel Wolf Hall suggests that Richard was taken into Thomas’ household when both his parents died of the sweating sickness in close succession. This is possibly the reason for Richard’s gratitude and to be fair to him he did not reclaim his birth name Williams when his uncle was disgraced and beheaded. In fact all three of the Williams’ sons began calling themselves Cromwell in honour of their famous maternal uncle. Most of their descendants also used the surname Cromwell or occasionally Williams-alias-Cromwell. After the Restoration in 1660, when it may have been unwise to be seen to have close links with Oliver Cromwell, some members of the family reverted for a time to calling themselves Williams, though generally just as a temporary measure).

It is unclear exactly when Richard Williams alias Cromwell was born or when he died. He was born either in 1495 or c. 1500 and most likely died on 20th October 1544. His will was dated 20th June 1544 and was proved on 24th November 1546. (The conflicting birth years could be because there were two brothers both named Richard).

Richard Cromwell was a courtier during the reign of Henry VIII and the nephew of the King’s minister, Thomas Cromwell. Richard married Frances Murfyn (a.k.a. Martyn) who died in 1533 and was a relative of the King’s second wife, Anne Boleyn.

In the aftermath of the Reformation and the Dissolution of the Monasteries Richard, who by this time had been knighted, was granted most of the estates of Ramsey Abbey, Sawtry and Hinchinbrooke Priory with an annual income of £2500. The Hinchinbrooke House website states

– it was in 1538 that Richard Williams alias Cromwell received a royal grant of the priory with its “church, steeple, churchyard and house and all lands”.

By 1541 he was Sheriff of both Huntingdonshire and Cambridgeshire. This is after the execution of Thomas Cromwell, so he appears to still be in favour with the king at this time. He was also appointed gentleman of the Privy Chamber; served in France in 1543 as general of infantry; was made constable of Berkeley Castle, steward of the lordship of Urchenfield, and constable of the castle of Godrich in Wales. Sir Richard Cromwell died full of honours and wealth. It was Richard’s son and grandson who weakened the family fortune.

He was born at Hinchinbrooke Priory and rebuilt it as a mansion. He was made a Knight in 1563 and was nicknamed ‘The Golden Knight’ because of his lavish expenditure.

Henry married Joan Warren (1524 to 22nd August 1584) and they had eleven children, six sons and five daughters, most of whom survived into adulthood, married and had children of their own.

The four sons of interest to Wistow are Oliver, Henry, Phillip and Robert.

He was even more lavish than his father, Sir Henry, and was forced to sell Hinchinbrooke House to the Montague family on 20th June 1627 or 1629.

In 1648 he sold WISTOW to Sir Nicholas Pedley, Serjeant-at-law, who was later elected to Richard Cromwell’s parliament in 1659..

Henry Cromwell (c 1566 – 1630) is possibly the Henry Cromwell shown owning some land on the outskirts of the manor in the 1617 map of WISTOW.

Sir Phillip Cromwell (c 1576 – 1629) is the most likely candidate for the Sir Phillip shown in the 1617 map of WISTOW as owning the Manor House and much of the land in and around the village.

Their most famous child was Oliver Cromwell (25th April 1599 to 3rd September 1658) of Civil War fame, who became the Lord Protector of England.

Their eldest daughter was named Joan and either died aged 8 or married a William Baker in 1611. The reason Joan is of interest is because one of the Rectors of Wistow church was William Baker M.A. who was Rector from 1642 to 1645 and then again from 1661 to 1687. These periods of time give away the fact that William was turfed out of the church during the time of The Commonwealth but returned with the Restoration of Charles II, which probably means he had Royalist leanings. The question is did Joan Cromwell marry Wistow’s Wiiliam Baker or some other William Baker? Or was William Baker Joan and William’s son? If Joan was related to Wistow’s Rector she may have had conflicted loyalties during the Civil War, torn between her family member and her brother.

Another of Robert and Elizabeth Cromwells’ daughters was Anna and she was most definitely connected to Wistow.

The parish record has a number of entries about Anna, John and their six children: 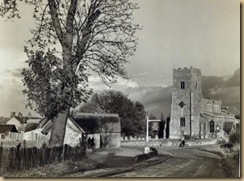 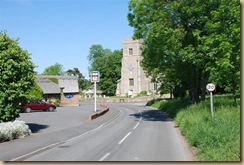 The Church and the Three Horseshoes Pub 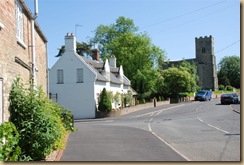 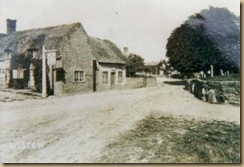 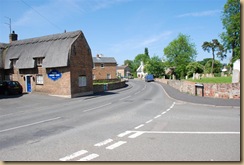 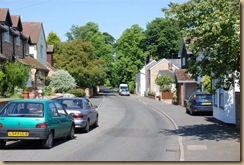 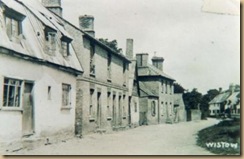 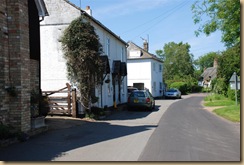 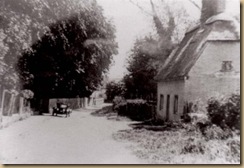 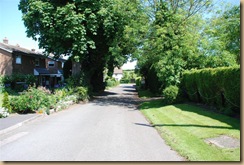 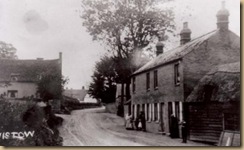 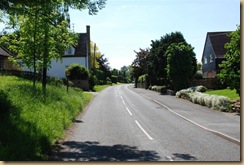 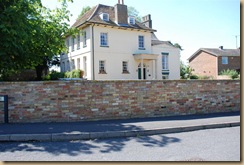 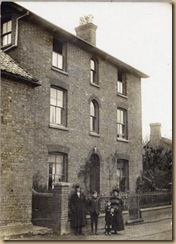 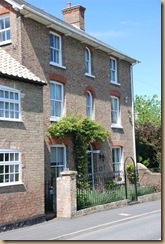 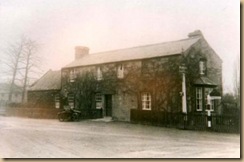 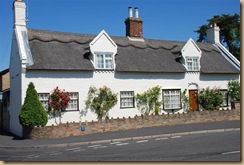 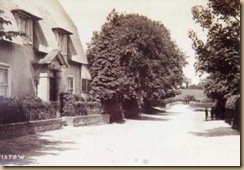 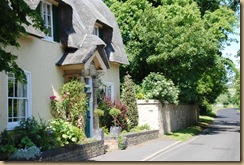 WISTOW, a parish in the hundred of HURSTINGSTONE, county of HUNTINGDON, 3¾ miles (S.S.W.) from Ramsey, containing 352 inhabitants. The living is a rectory, in the archdeaconry of Huntingdon, and diocese of Lincoln, rated in the king’s books at £10, 17.8½ and in the patronage of J. Torkington, Esq. The church is dedicated to St. John the Baptist.