At the time of the Domesday Survey the Abbey at Ramsey held 16 complete manors and part of 8 others.

In the early Middle Ages – 12th and 13th century – of the free tenants two classes may be distinguished. Firstly those who held land by military service and from whom the Knights were chosen, and secondly those holding land by non-military tenure who owed homage and followed the hundred and county courts and the court of Broughton.

Sometimes a money rent was paid for a free hide and occasionally light labour services were also performed.

The censuarii were tenants paying money rent for their land but owing labour service as well, and thus were hardly to be distinguished in many cases from villeins, who themselves by the 13th century are to be found paying money rent too. Villeins held land by labour tenure and amongst those on the Ramsey estates are found virgaters, cotmen and crofters.

The services consisted of week-work and boon-work. Of week-work services, ploughing was required as a rule one day a week, usually Fridays. If it could not be done e.g. bad weather or a feast day falling on a Friday, then it may or may not be required on another day. In some cases the service might be put ‘ad censum’  meaning at the lord’s pleasure, or deferred for two or three weeks.

In certain manors if a villein was ill for a year and a day, he was excused all services except ploughing. The work was distributed according to the number of ploughs and not the number of villains and penalties were imposed for bad work. In addition the lord had his own demesne plough on each manor worked by the tenants, usually the semi-virgaters, holding their own land on condition of following the plough, called ‘akermanni’ or ‘carucarii’.

In addition to the weekly ploughing the tenants by labour service were required to work on other days, the number varying from manor to manor, for the performance of miscellaneous services e.g. weeding, haymaking, ditching, threshing, collecting rods or nuts, making hurdles or watching at the fair.

An important item in the weekly works was carting, the amount constituting a load was strictly defined. Carting might be within the manor, including rushes cut from the marshes and brought if necessary by boat, loads of hay or crops, or to adjacent manors or markets and particularly to the Abbey. Occasionally longer journeys were involved. Villeins from Broughton were sent to London. A villein from Abbots Ripton received 1d from those remaining at home if he went beyond the water of St Ives or Huntingdon. At Wistow carrying a cartload to Ramsey was reckoned as two works i.e. the villein was released from two weeks work with the exception of ploughing.

Besides the week-work, additional boon-work was required, boon ploughings and harvest boons were supplementary to increased week-work, which was fixed and regular. Boon ploughing were usually three times a year, in early winter, spring and summer and the land thus ploughed was usually sown with the villein’s own seed. Harvest boons were required in August and September when the regular increase in the week-work was not sufficient. Similarly during haymaking, the villein might be required to work the whole week until the hay was in. Occasionally the villein received food from his lord for the boon-work, usually one meal only and sometimes known as nonemetes’. At Wistow in 1324 – 80 men with 20 ploughs received fish worth 3s 2d, 2 rings of corn and 3 rings of malt; in 1351 – 102 men received 2 cows, 6 rings of corn, 2 rings of malt, 8lbs cheese and 2 geese.

Small holders by labour tenure were known as cotmen or crofters, the cotland being larger than the croft, with 5 to 12 acres and the croft 2 to 3 acres. The services of these are not easy to distinguish from those of the villein, though fewer days of week-work were required.

Generally a day’s work was sunrise to sunset but at Wistow harvesting from dawn to noon was regarded as one work. At harvest time the villein arrived with his whole household except his wife but including his children.

Nowadays, even though the village is still encompassed by farmland, the people of Wistow are no longer tied to the land as they were until 150 or even 100 years ago. Today, although some still live here and work on the farms, the majority of working villagers commute to the surrounding area, the larger towns nearby such as Cambridge or Peterborough and to London, which is only an hour away by rail. 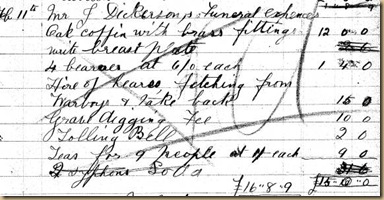 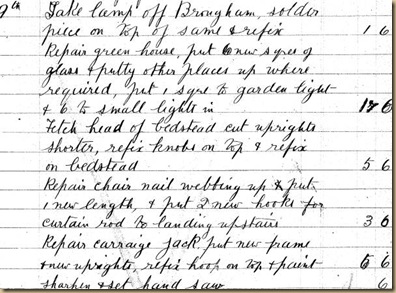 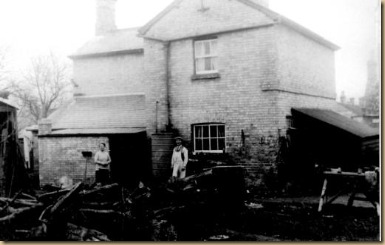